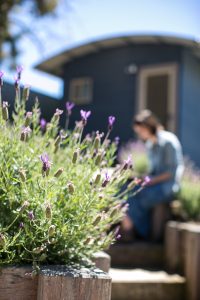 A Kids Under Cover studio has made an immense difference to the lives of two teenagers, improving their wellbeing and educational outcomes.

The installation of a two-bedroom studio in the backyard of a Hoppers Crossing home for two sisters came at just the right time.  With one sister about to commence her Year 12 exams, the studio provided her with much needed quiet space to study.

Since the arrival of the studio in late 2015, the girl’s general happiness has improved and having a youth-friendly space away from the chaos of their family home enabled them to continue with their studies giving their Mum some peace of mind.

Life had been difficult for the girls since their Mum took on the care of three younger extended family members aged 9, 7 and 3 respectively after they had been removed from their parents by Department of Health Human Services.

Two of these children had behavioral issues arising from developmental trauma as well as attention deficit hyperactivity disorder.  One had been diagnosed with Generalised Anxiety Disorder.  As a result, the majority of their Mum’s time was spent dealing with their behavioral issues which included angry and violent outbursts.  They also often destroyed the furniture and belongings of the teenagers.

The addition of these new children to the household also caused significant overcrowding in the three-bedroom home.  One of the teenagers had little choice but to sleep in the lounge room with their mother and a younger child.

The chaotic conditions of the home led to high levels of conflict at the time.  At the time of applying for the studio, one of the teenagers was studying Year 12.  She was often forced to study at school or at the library as a result of the difficulties in finding a peaceful space at home in which she could concentrate.  The sisters were talented sportswomen who often represent their state in their respective sports but their home environment was beginning to have a negative impact psychologically on their sporting performance.

Since moving into their Kids Under Cover studio, the girls have excelled.  The sister studying Year 12 passed and enrolled in a business course and the older sister commenced a Creative Writing/Publishing course.  The girls have since produced strong performances in their sporting endeavors and both secured employment.

The studio alleviated overcrowding and the noise level in the house, leading to more harmonious relationships between all family members.  Coupled with a Kids Under Cover scholarship to ensure the girls remained connected to education, the placement of this studio really made a significant difference in preventing one or both of the girls from becoming homeless. 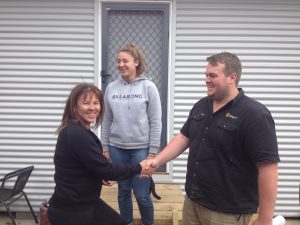 Together, we can make a difference.