Genevieve and John are parents of six who just want what’s best for their children. They recognise what’s most special and unique about each of their kids, and for their oldest son, they knew he had the natural intelligence and drive to achieve his dream to become a doctor. The only thing standing in his way was a lack of space.

Genevieve and John have always promised their children that they would provide them a home for as long as they needed it, but when their oldest son was studying his VCE they realised that his living arrangements were diminishing his capacity for study and success. He was sharing a room with his younger brother, so didn’t have the space or environment for solitary study.

“We knew the boys couldn’t continue to share a room. Not because they fight – there’s no animosity between them,” Genevieve said. “They’re just teenage brothers who get on each other’s nerves sometimes, but it was really impacting our oldest son’s VCE study. He just needed some more space to focus, and we knew that in the right environment he would thrive.”

Genevieve and John wanted to provide more space for their son, but they didn’t have any more room to give him to study for his VCE – let alone a further six years it would take for a medical degree.

They reached out to Kids Under Cover through a local Community Service Organisation (CSO), and enquired about a one-bedroom one-bathroom studio for their backyard. 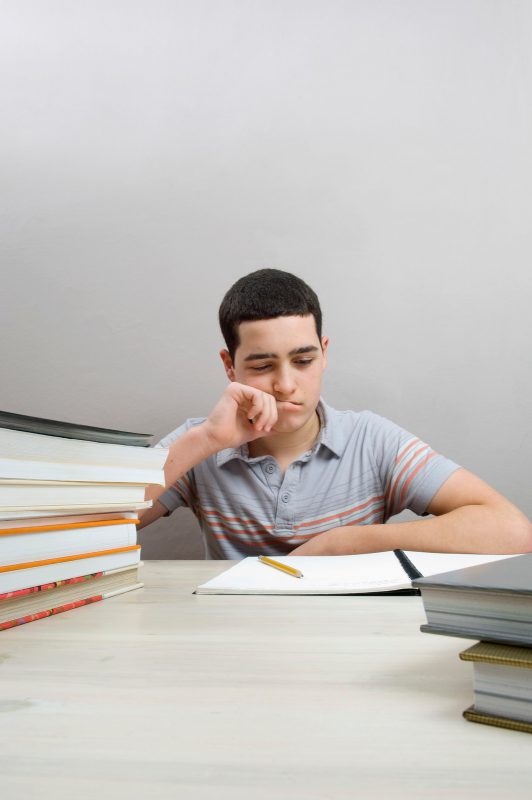 “He always wanted to be a doctor,” Genevieve said. “If we had waited much longer to reach out to Kids Under Cover, it would have been too late. The outcome of his VCE would not have been as good. He just needed space to excel.”

The family has now had the studio for two years, through their son’s VCE and into his Bachelor of Biomedicine. Both boys are much happier with their own space, and room to focus on their own projects.

“The studio has been perfect, it arrived just in time,” Genevieve said. “He has the flexibility to study in peace on his own timeline but spend time with the family when he needs a break or for meals.

“It means that he can live here until he can support himself. He knows how much of a privilege it is to have his own space, and somewhere quiet to study.”

The studio has given the family more room to ensure that their children have safe and stable accommodation until they’re ready to support themselves. Their two sons have also received scholarships to contribute to the cost of their school and university books.

“The studio has been life changing. We can’t say enough about how much Kids Under Cover has helped our family.”