When Nicole and Rohan bought their small two-bedroom cottage for themselves and their daughter to live in, they thought it was a great financial decision, but they didn’t realise what the future would hold.

In 2016, both Rohan’s brother and his wife, the couple’s sister-in-law, passed away. They had two children, Grace and Jordan, who were 12 and 19 at the time and urgently needed a new place to call home.

Being the closest relatives to the young people, Nicole and Rohan didn’t have to think twice about becoming the carers.

However, with only two bedrooms to squeeze five people into, Nicole and Rohan had to make sacrifices to ensure they could provide space for their niece and nephew.

“Rohan and I had moved into the loungeroom so that they could have their own rooms and Rohan’s son had moved into a small caravan out the back,” Nicole tells us.

With overcrowding a real issue and no living space for the family to relax and enjoy, Nicole and Rohan reached out to a kinship care organisation in Warrnambool who suggested applying for a Kids Under Cover Studio. 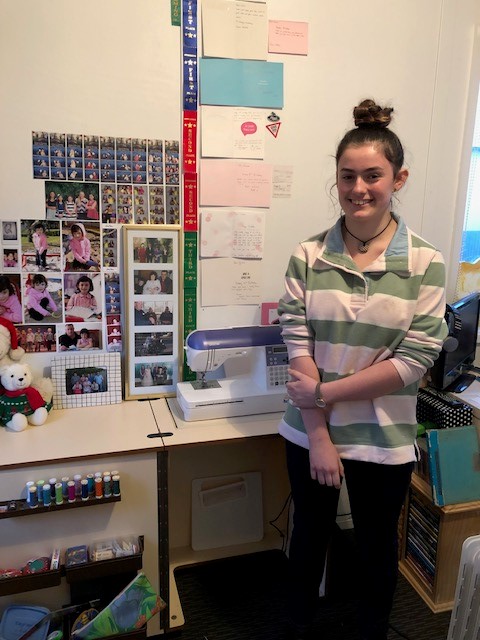 Their application was successful, and the family had a studio installed in their backyard. Nicole says the impact the studio has made on the entire family cannot be underestimated.

“We are ever so grateful to be awarded one. I can’t tell you the difference it has made.”

Having lost two close relatives within just a few months and everyone readjusting to their new situation, Nicole reflects on this difficult period,

“The time before the studio was really tough. Looking back, we realise how much we all had to persevere through really tough times.”

The future is looking brighter for the whole family now. Jordan is in his fourth year of university, is married and lives independently. Grace, now 15 years old, is still living in the studio and is a talented student. She takes pride in her studio and her bedroom is fitted out with a sewing machine and desk for art supplies.

“The outcome for Grace has been incredible. She is part of a family full of love for her, but she is gaining so much independence and has her own study space too. She is going from strength to strength.”