A Brighter Future for Ali

Together we can keep young people connected to family, together, we can make a difference
“Every Friday morning I would wake up so fearful for the weekend, I didn’t know where my boy would end up”

Like all mums, keeping her family together and her children safe is the most important thing to Fatuma. Sadly, she knew it wouldn’t be long before Ali would run away for good.

“I was so worried my boy would run away and not come home, that he would get hurt or even something worse,” recalls Fatuma.

Conflict within the family home was out of control, Ali and his younger brother were constantly fighting. The house was overcrowded and for Ali the situation was intolerable.

Things at home were having a huge impact on all aspects of Ali’s life. At home he could not escape his brother and his self-confidence had plummeted. At school he spent the day worrying about what would happen when he got home, his school work was suffering.

He had become withdrawn and he would frequently run away for days, sleeping rough underneath a bridge.

“It’s been a really hard time for all of us,” admits Fatuma.  Without a Kids Under Cover studio, Fatuma says she doesn’t know where Ali would be.

In 2017 the demand for our support is expected to grow, with the continued support of our generous donors we are able to help families like Fatuma’s.

“The studio has changed our lives. Things were spiralling out of control. I was running out of ways to keep Ali at home.   I knew it could not continue as the outcome would most likely see him homeless.” 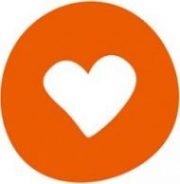 Ali is now thriving, his self-confidence is returning, he has become more independent and focused on his studies – the studio has given him a place to retreat to, a place of his own.

“He is a different boy now, and his brother Fahid loves the studio too, they have become friends, sometimes Fahid spends time with Ali in the studio so he can help him with his homework.  And he is now spending every night at home.”

Not everyone has the fortune to be born into a stable family environment. Many of the young people we support are dealing with trauma and grief, family homes are often overcrowded and mental health issues can really affect relationships within the home.

When it comes to youth homelessness we believe prevention is better than cure. The heart of our work, our Studio Program, provides accommodation for young people at risk of homelessness. Our studios ensure families are able to remain connected, giving them additional room to live and provide young people with a safe and secure environment.

With five children under the age of 16 Fatuma’s family of seven had quickly outgrown their four-bedroom home. Overcrowding was a huge issue and the cause of conflict and tension.

“There was not enough room so Ali and Fahid were sharing a room, their sister had her own bedroom and the two babies another room” explains Fatuma.

Brothers Ali and Fahid were constantly arguing, sometimes the fighting would lead to violence and then Ali would run away, often for days.

Wanting to keep her family together and ensure Ali completed his schooling, Fatuma, moved her two youngest children into the main bedroom with her to give the boys their own rooms.

“I thought if they had their own rooms they would stop fighting, but they didn’t” says Fatuma.

Fatuma didn’t know what to do, things were spiralling out of control. She was running out of ways to keep Ali at home. One thing she did know was that things could not continue as the outcome would most likely see Ali homeless.

To ensure he remained at home, continued with his schooling and to restore some peace within the family home Ali needed his own space… Ali needed a Kids Under Cover studio.

Together, we can make a difference.