My biggest fear was that they would split those kids up. They had already been to hell and back”

Pam* remembers vividly the night she answered a call from the police to say they were removing her four nieces and nephews from their mum.

“My husband was not home, to be honest, the last thing I thought when I answered that call was that we would end up caring for another four children,” recalls Pam.

When Pam received that call over fifteen years ago she knew there was no other choice, she and her husband did not want to see the kids split up and sent to different foster homes.

When we first met Pam and her husband back in 2005 they were desperate to keep the family together. But with just a three-bedroom home and Pam’s son, they were running out of room.

The reality was that without a Kids Under Cover studio the young siblings would eventually be split up. And they didn’t want their own son to feel he had been pushed out with no option but to leave.

“All we ever wanted was to give the kids a sense of stability, keep them safe and with a loving family.”

“Things were hard for all of us,” remembers Pam.

“We had to fight hard to keep them, especially the younger two who were only toddlers when they came to us.”

The installation of a Kids Under Cover studio meant all four siblings could stay together, with family.

“All four kids had been through so much; they had been to hell and back with their Mum. They were troubled and it took them a long time to trust that we would be there for them no matter what.”

Just as the family had found their feet and the kids had settled into family life they were dealt a shocking blow.  Three years after Pam and her husband took on the care of their nieces and nephews Pam’s husband passed away.

“My husband, the kids’ biological uncle, was diagnosed with cancer just 12 months after they came to live with us. Within two years he had lost his battle” says Pam.

“Needless to say we were all devastated but I promised all the kids that this would not change anything, we were family and would stay that way.”

“Money was tight, thank goodness for the Kids Under Cover scholarships, they helped to pay for things the kids needed for school, things I definitely could not afford on my own,” Pam says.

“Without the continued support we received from Kids Under Cover I don’t know what the future would have been for the kids.”

Pam’s studio has been in place for 12 years now, and today continues to provide a safe and secure place for her nephew who moved into the studio when his older sister moved out.

With support from our generous donors, this one studio has helped to prevent five young people from the possibility of homelessness.

All five of Pam’s “children” remained connected to education and were determined to follow their dreams. 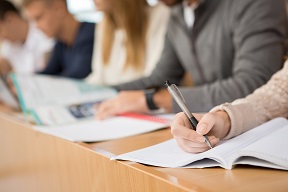 “Erin* who first lived in the studio is 27, she has a child now. Tony* is a qualified chef; my son Steven* is now working for our local council in parks and gardens.  Amy* is a third-year apprentice hairdresser and the youngest, James*, he is in year 10. All have received scholarships along the way.

The studio gave us so much, I will be forever grateful.”

“I am so proud of them all and so glad I answered the phone that night, I just wish my husband was here to see the wonderful young people they have grown up to be,”

*Names have been changed to protect identities

Thanks to the models who appear in the imagery to protect the identity of our clients.