Life turned upside down for Amanda and her three kids when they welcomed an additional six children to their home.

First Amanda became the carer of her niece and nephew. Then she took in her daughter’s friend and siblings when their parents were unable to care for them. There were now 10 people living in Amanda’s severely crowded four-bedroom home, creating inappropriate sleeping arrangements, tension and stress.

“There was a lot of bickering. We were all under each other’s feet all the time,” Amanda recalls.

“All of the fighting has stopped since the two older girls, Zali and Kira, moved into the studio. It frees up space in the main home so less of the kids have to share bedrooms”, Amanda tells us. 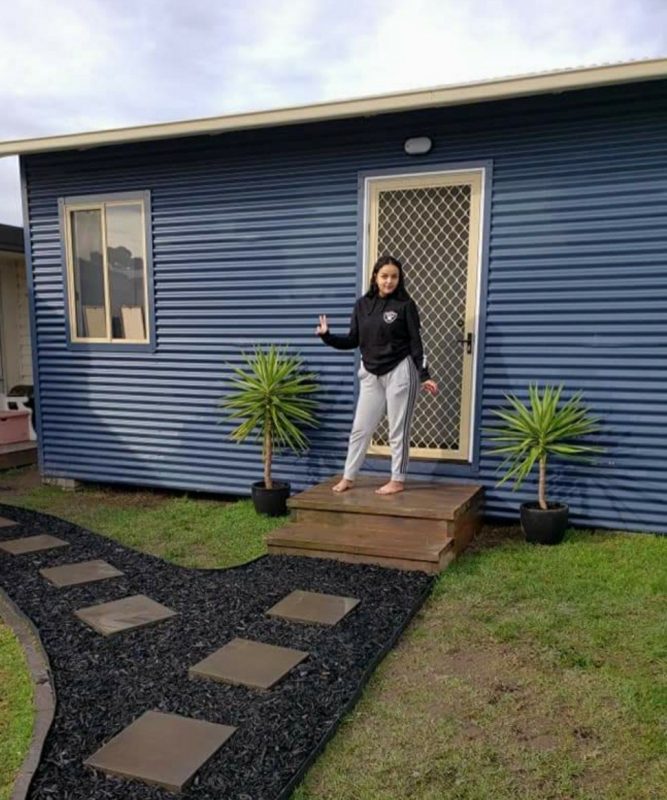 Not only did the studio provide extra space, it meant the older two girls didn’t have to leave with nowhere to go, diverting them from couch surfing, unstable rental accommodation and homelessness.

“Having the studio kept the older girls at home. They were over how cramped it was and thought it would just be easier to leave, even though they weren’t financially stable enough to move out,” explains Amanda.

Reflecting on the circumstances of COVID-19 lockdown, Amanda says they wouldn’t have been able to cope if they still had 10 people in the main home. She also noted that her daughter had lost casual employment due to COVID-19.

“I’m so glad they didn’t have to be out on their own during COVID-19, especially since my daughter lost her job because of the pandemic. There’s no way they could have afforded to be living independently,”

“That’s another benefit of the studio, it gives them the opportunity to be independent. They are so proud of the way they have decorated their rooms,” Amanda says.

The family has also received Kids Under Cover scholarships, which have been used to buy resources like laptops which have been essential for home-schooling due to COVID-19.

“Both of the girls in the studio have study goals for next year and the studio and scholarships have definitely played a part in that!” Amanda tells us.