“She went from not even being able to go into the supermarket to buy milk, to someone who now works in customer service full-time and interacts with different people every day.” 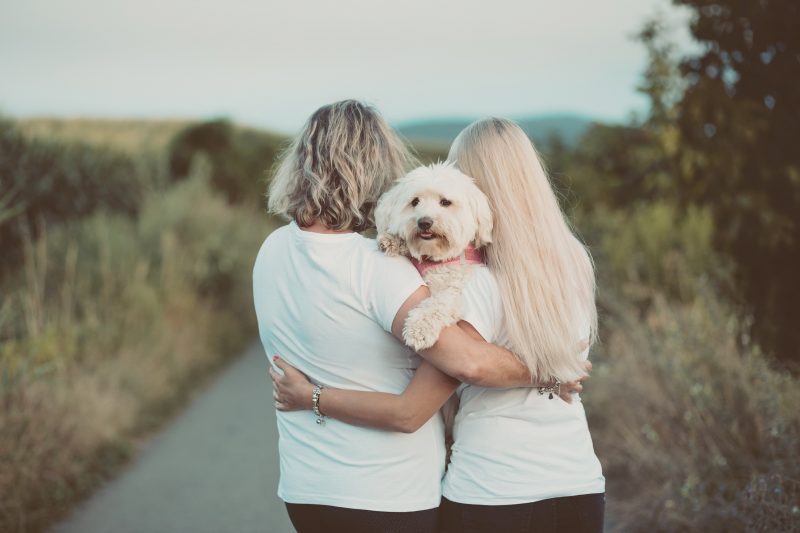 Even before she spent months moving around between caravan parks and campsites with her family, waiting to find a home, Alannah was facing ongoing challenges with her mental health.

The instability helped fuel an anxiety that at times made school, friendships and everyday tasks feel like a burden too heavy to bear.

When eventually the family was offered a place to live there was certainly some relief. But a three-bedroom house for a family of four presented a new kind of challenge for Alannah.

“For me, the crowded environment definitely exacerbated my issues,” Alannah says. “My anxiety is triggered by being in groups of people. I find it hard to relax. I kind of need that headspace to be able to calm myself down and think things through. Even when it’s my family who I know and love – as strange as that sounds – it builds up over time. So without somewhere to be alone, it was really difficult. I knew I had the ability and the tools to cope but I couldn’t use them without that space.”

Research tells us that the extra space offered by a Kids Under Cover studio can have an incredibly positive impact on the mental wellbeing of young people. Alannah’s mum, Yvette, could hardly believe the change she saw in her daughter.

“That’s what we love about it. It’s given her independence, she’s on her own but she’s still within the family.”

“As silly as it sounds,” she says, “just a room and a bathroom was all it took to allow her to have more control. It sounds like we’re exaggerating but we’re not. It’s exactly what happened. As soon as she was in the studio – or even when they started building – she started to get excited, she could see that it was actually happening.”

Yvette was also grateful that while providing the quiet space to unwind, the studio also enabled Alannah to stay connected to her home.

“That’s the best part. That’s what we love about it. It’s given her independence, she’s on her own but she’s still within the family. I really wanted to keep Alannah at home. I didn’t want her to have to move out, but the house only had three bedrooms – so I’m on the couch or she’s on the couch, there was a room that had all of our stuff in boxes in it. At her age she needed that independence but she also wanted someone close by to watch over her just in case.”

Within six months of receiving the studio, Alannah decided she no longer required the professional support she’d been getting over the past few years. She’s now able to manage her anxiety with the tools she’s been given and with the time she now has to herself. She finished her schooling and turned a casual job into a five-year full-time career.

Alannah does still struggle at times with social interaction and crowded places, but both her and her mum recognise a distinct shift from the person she was to the young woman she has become. Her ability to ‘manage’ has given her more confidence and her friends at work see a colleague far less withdrawn and more than capable of managing her own department at the store.

While Yvette acknowledges the role the extra space has played in Alannah’s growth, she’s also hugely proud of the strength her daughter has shown through a tough journey over many years.

“It’s through her own hard work but she wouldn’t have been able to get there without the studio. It was a huge part of how she got to where she is now. It showed her that she could do it herself. She didn’t need to let the anxiety control everything. She could work that out on her own, and in her own space.”