Confronting COVID in a crowded house

By and large, people’s battles with the fallout from the pandemic have been played out behind closed doors. And when those doors close on a house with too few rooms for too many people, the obvious response from a teenager is to want to get out. 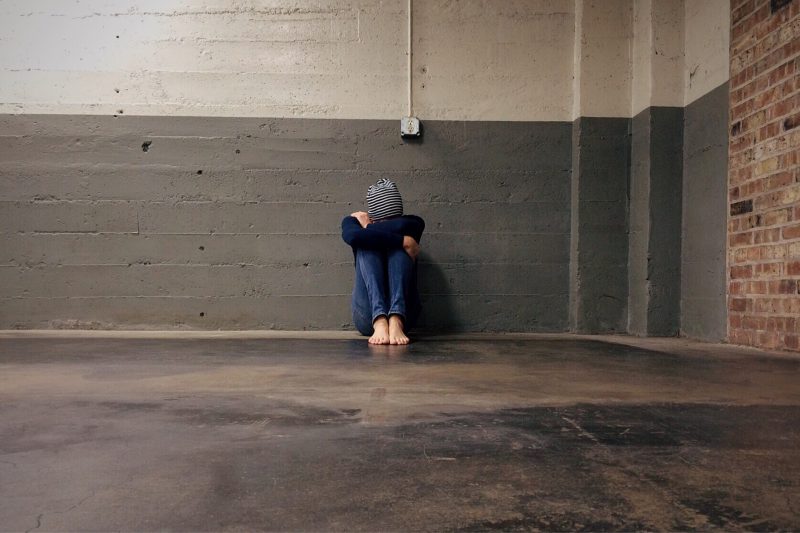 An overcrowded home is an all-too-common starting place for a young person’s lonely path to homelessness. In his thesis on Crowding, Risk and Homelessness, Dr Paul Stolz explains how the ‘rootlessness and lack of opportunity’ inevitably associated with crowded households can bring rise to a risk of homelessness. He explains how being ‘too tightly bound and constricted physically and socially can lead to a sense of loss of home’. (Stolz, 2020)

It’s not necessarily the crowded space alone that can fuel the urge for young people to leave, there are a great number of potential contributing factors – complications exacerbated by the presence of mental illness, the inability to enjoy proper sleep or the contribution of household chaos to name a few. But there are countless anecdotes that point to the tension, conflict and anxiety that can be triggered by lack of space in the home. Without a place for ‘time-out’ or privacy, frustration for a whole family can build to breaking point.

Most of us, particularly in the eastern states, now have some experience of the imposition of less space due to the lockdowns imposed by COVID. Imagine then, the imposition of being confined to a place with literally nowhere to be alone.

Space at home is crucial to young people. It helps them develop their own identity and provides the comfort of feeling ‘at home’. Young people share a need for a sense of belonging, security and safety, and thus gravitate towards the place where those traits exist. [Stolz & Spinney, 2019] Thus, if the space at home doesn’t accommodate those needs, the gravitational pull can be lost and replaced with a desire to find them somewhere else.

Challenges with mental health are a concerning and compounding risk factor for young people living in a crowded home. While the impact of COVID on the physical health of young people has not been as sinister as it has for older folk, the psychological and social impact continues to be measured by a meteoric rise in calls for counselling, family support and crisis response services. Young people have been particularly affected by the associated restrictions on movement, social gatherings and the impacts on labour markets. [AIHW, 2021]

As an indication of how the pandemic has driven a spike in demand for support, we can compare call volumes to three of Australia’s major mental health support services. In September 2021:

So clearly, the pandemic has had a major impact on the mental health of young people regardless of their circumstances. When we marry these numbers with the rise in overcrowded homes and a national housing affordability crisis, we’re looking at a perfectly dangerous storm that’s seeing community and government support services stretched beyond their limits.

Youth support service, Barwon Child, Youth and Family (BCYF), for example, says it’s seen a 60% spike in young people seeking homelessness support in the past year. [Surf Coast Times, 15.2.2022] Youth homelessness prevention charity, Kids Under Cover have had to stall applications to their Studio and Scholarship Programs due to an inability to fund an overwhelming increase in demand. These are just a couple of countless cases of a growing need for support for young people as we begin to emerge from the confinement of the past two years.

It could be argued that a shift in focus to early intervention could help ease the pressure on crisis and emergency support services who are having to cast their net so far and wide.

Now in its 33rd year since foundation, Kids Under Cover enter the picture early by providing studio accommodation for young people before they feel compelled to leave home underprepared for the transition to independent living. An overwhelmingly common reason listed in applications for a Kids Under Cover studio is overcrowding.

The addition of a studio to a family’s living options shifts the human dynamic of the household in several ways. First and foremost, it provides the extra space a young person needs to breathe and settle outside a crowded family living space. Importantly, it offers this ‘sanctuary’ while keeping them connected to family – decreasing the risk of disconnection, couch surfing and drifting from one place to the next. The impact of a studio is also felt for family members in the main house, with extra sleeping space, less tendency for conflict and the flow on effect from a generally greater sense of well-being.

From the interviews conducted during the research for his thesis, Dr Stolz found young people who had received a studio ‘often spoke of a sense of maturation, renewed educational engagement and reduced family discord. The additional space provided a heightened sense of belonging and attachment to place and family.’ [Stolz, 2019 pp213]

The benefits of the addition of a studio to a crowded household have been unsurprisingly magnified during COVID restrictions. The relief is well summarised by the mother of one of the studio recipients. “With COVID it has … been essential for him,’ she says. ‘I feel like if we didn’t have the studio, and with lockdown causing so much stress for us, we’d not have coped. That space has been a blessing”.

Also noticeable during the past two school years dominated by online learning was the increased ability for young people living in a Kids Under Cover studio to maintain engagement with school.

While lockdowns exacerbated a feeling that the world had stopped, students were expected to carry on in an unfamiliar online format with teachers on edge and one-on-one interaction barely possible. For those lucky enough to have had an application for a studio approved and delivered, the many weeks in lockdown provided something of a control test of the benefits a studio and its quiet space can bring to a senior student.

18-year-old Marlon* presents an excellent case having received a studio during his VCE years after previously living among six siblings in a crowded family setting.

“If I had to do VCE inside the house I probably would have had to repeat year 12. My house is so noisy. And my siblings were all on their computers at school as well. I’d be trying to understand the principles of accounting while my sister is screaming for food, one brother’s annoying another brother… Even though the studio is for me, the whole family benefits. It has like a domino effect and reaches all the way through the whole family.” he says.

The need for these kind of early intervention solutions has been further exposed by imposed lockdowns and despite some considered input from state governments – South Australia’s Homelessness Prevention Fund and Victoria’s Big Build provide prime examples – funding limitations have forced Kids Under Cover to temporarily close applications for studios as demand has simply overwhelmed the ability to fund more builds.

Kids Under Cover CEO, Stephen Nash is pragmatic about funding limitations but remains determined to find a dependable solution. “Closing applications at a time when they’re most needed is nothing short of devastating really,” he says. “It’s certainly had an impact on key people in our organisation having had to make such a tough call. The only solution I see is to create a consistent funding pipeline that our board is determined to pursue in partnership with state governments, to help bring a sense of certainty and the ability to plan and reach as many people as we can.”

If it wasn’t already clear, the experience of the past two years has shown us how living in severely crowded circumstances is almost untenable for a young person. The impact crowding has on mental wellbeing, physical health, the ability to study, sleep and be social, and the ability to grow as a person has been accentuated by the experience of lockdowns and further highlighted by the increase in calls for support. Perhaps the most positive thing to have come from the experience is a broader understanding of what needs to be done, and an acknowledgement of the logic of early intervention strategies in protecting mental health, enabling educational growth and preventing a fast track to homelessness.

[Australian Institute of Health and Welfare, COVID-19 and the impact on young people, 2021]

This article was originally published in Parity Magazine’s April 2022 edition.