Lidia and her family have received our first Kids Under Cover studio in South Australia, as part of our interstate expansion pilot. She shares her family’s story and what the studio means to them. 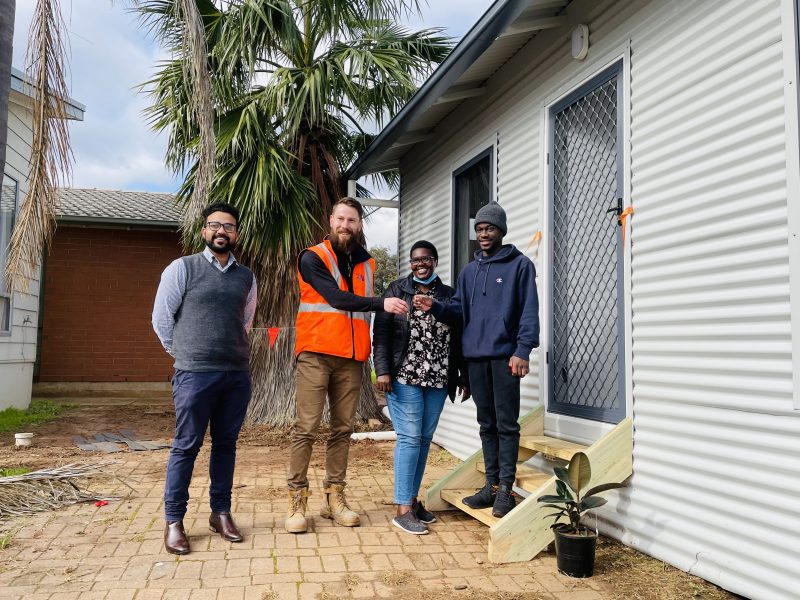 “In our home are my four biological children, and two foster siblings. The foster children have been in my care for 11 years, it is a long-term placement. The youngest has just turned 18 and the oldest is 26 years old,” describes Lidia.

For Lidia, it was not just the overcrowding in her home that put her children at risk of homelessness – it was the combination of overcrowding with challenging behaviours of her foster children.

Lidia and her family are Burundian and have been in Australia for almost 15 years.

“Where I am from, we used to live with many people in one home. There were 12 children in my family, so with my parents there were 14 people in one house. So the crowding in our home here was not stressful for me as I was used to it.”

“But my foster children had some challenging behaviours that were difficult for everyone to manage without the children having their own space. It was especially hard for my biological children. Three of the boys were sharing one room. This caused a lot of fighting – they all needed somewhere to go in the home and space to be able to change their behaviours.”

Lidia’s son and foster son have moved into the studio.

“They are almost the same age and they get on really well, they love each other,” Lidia described.

Lidia’s studio is one of two pilot studios built in South Australia. These pilot studios are funded by JB Hi-Fi’s workplace giving program, Helping Hands, and we are truly grateful for their incredible support.