New research undertaken by Dr Paul Stolz of Swinburne University of Technology has investigated the long-term impact of Kids Under Cover’s Studio Program on young people and their families. 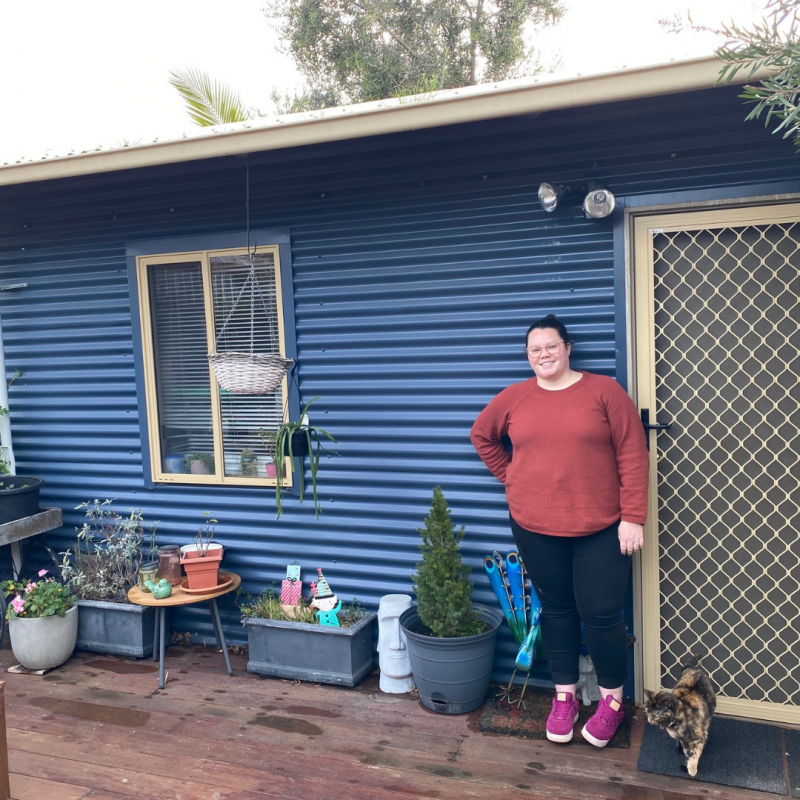 ‘A New Place to Call Home’ – Kids Under Cover Long-Term Studio Impact Report, sought to clarify whether the long-term impact of the studio on social and educational development, future aspiration, physical and mental health and employment possibilities align with the claimed benefits.

Dr Stolz conducted interviews with 35 young people and their families who have received a Kids Under Cover studio. He found that for many young Australians “homelessness did not necessarily mean rooflessness”.

“Overcrowding is one of those factors that can be experienced within a home, which can seriously damage a young person’s sense of belonging, stability, identity, and sense of ‘being at home’ shared Dr Stolz.

“Overcrowding may turn ‘homes’ into ‘houses’, and can invite in other alienating factors, such as family violence, which for many young people is the major reason for leaving home prematurely.”

“Fortunately, there is a way out for these young people. Many of the risk factors associated with youth homelessness can be addressed by early intervention strategies which reinstate the foundations of home, such as security, privacy, safety, and social and emotional development,” he said.

“The research confirmed that the Kids Under Cover Studio Program reverses these destructive forces by providing a clear re-establishment of the physical and symbolic elements of home. A young person’s progress over the longer-term for educational re-engagement, identity development, sense of belonging and attachment, job aspirations, and independence are linked to secure accommodation.”

Dr Stolz said that an unexpected finding from the research was that young people with significant mental health issues, particularly depression and anxiety, experienced dramatic improvement from studio provision. “In every instance, where mental health issues were identified, either as anecdotally from the family or from professionals, the recovery was tangible,” he said.

Most significantly, this research confirms the effectiveness of Kids Under Cover’s Studio Program in preventing youth homelessness.

At a time where around a quarter of Australia’s growing homeless population are aged between 12 and 24 years, this report also highlights the importance of early intervention and prevention in addressing the youth homelessness crisis in Australia.

You can read the full report here.