For every dollar invested in Kids Under Cover over the past six years, $4.17 of social value was returned. 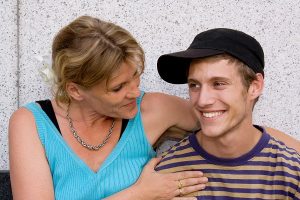 Supported by EY a Social Return on Investment (SROI) analysis of the Kids Under Cover programs was undertaken to determine the socioeconomic returns for all stakeholders affected by the issues of youth homelessness and overcrowding.

The findings of the SROI analysis have shown a Kids Under Cover intervention can transform the lives of young people and their carers.

For the carers of young people, the results have also been excellent. The positive outcomes for carers included:

Key Findings
The findings from the SROI report are clear; the Kids Under Cover Studio Program is effective in achieving its aim of creating life-changing value for young people living in overcrowded conditions and who are vulnerable to homelessness.

The evidence provided by the SROI analysis has shown:
•  For every dollar invested in Kids Under Cover over the past six years, $4.17 of social value is returned.
•  Over six years the Kids Under Cover model generated $63.129 million of social value.
•  The social value returned to the Government and to CSOs was more than $6 million across six years.
•  The criminal justice system, health system, and specialist homeless services have benefited from Kids Under Cover’s early intervention, resulting in sizable savings.

The homeless service system, providing emergency or short-term accommodation, accrues the majority of these savings, relieving pressure that would otherwise have cost $4 million over the last six years.

•  Most of the value of Kids Under Cover’s interventions is felt directly by those assisted by the Studio or Scholarship Programs, with EY calculating that the social return for those young people equates to over $30 million over the last six years.
•  Kids Under Cover’s benefits are felt more widely than just by those young people identified as being at-risk. Other young people over 12 years old within the household
have returned a social value greater than $16 million.
•  The social value returned to primary carers (parent or carer of the young people) was greater than $9 million. The evidence provided