They say ‘the proof is in the pudding’, check out our impact results which come directly from the families we support.

“He’s very optimistic about his future, and he hopes in the near future he gets his own place, because he works full-time. It’s made a huge difference. I’d go as far as saying that it’s been a life saver for him.”

“They couldn’t do their homework [before] and now they’re wanting to study, so they can aim to be high up in the police force. I’m so grateful for this, we haven’t looked back since this.”

“[The studio has helped] Massively he is a totally different person now, because he has his own space.”

“She is less anxious, more outgoing. More willing to do things for herself. She has just got a better outlook on life, she feels like she belongs somewhere. Got something of her own.”

“She is far more settled, has her
own space, she feels safe. It’s a sense of security and a real inner peace.”

“It’s given him his independence, and an outlet where he doesn’t have to leave the home. He stayed at school, which is amazing, and this really helped.” 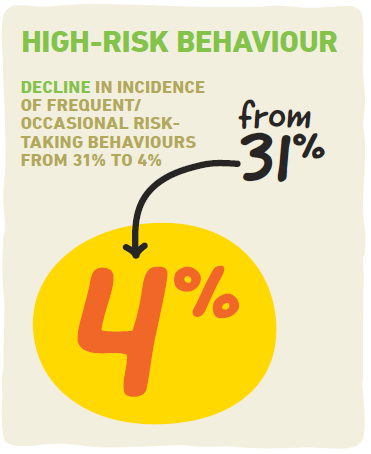 “All I know is that he was out of control before he moved in, completely…He was doing hard drugs, criminal activities, and incarceration. Since he’s had the studio he hasn’t done any of that.”