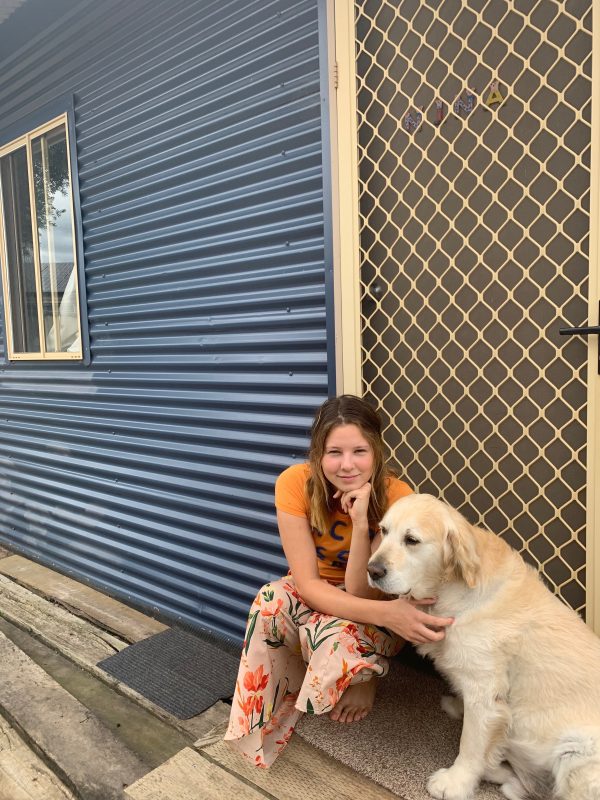 Thanks to your generosity, the rollercoaster of being a teenager was made a lot easier for Caitlyn and her siblings.

There was a lot of love in Caitlyn’s family when their foster daughter Nina joined them permanently. But there wasn’t a lot of space. With a big family and a small house, tensions were high and Caitlyn describes it as a nightmare.

“Nina and I were sharing a tiny bedroom, with bunk beds. Nina hit puberty and having to share a bedroom meant she had no space to study and no privacy. There was a lot of fighting,” Caitlyn tells us.

The teenage years pose enough challenges as it is, Caitlyn knows these would have only been exacerbated by overcrowding.

She says, “Going through your teenage years, everything is changing, and you need privacy. Without the studio, none of us would have had that and it would have made that transition to adulthood even harder.”

That’s where the Kids Under Cover studio came, turning this nightmare into a dream come true! Caitlyn’s brother moved into the studio, which made a huge difference for the whole family.

“Once we got the studio, the whole dynamic became calmer. My brother was going on 18 and it gave him so much independence. It meant Nina and I got our own rooms. It gave us privacy, a space to study and flourish into adulthood really smoothly.” Caitlyn explains.

In addition to the studio, Caitlyn and her 3 siblings received Kids Under Cover scholarships to help ease the burden of education costs.

“The Kids Under Cover scholarships have been the best. We were all able to get laptops and there’s no way we would have afforded that without the scholarships.”

There’s no stopping Caitlyn. She’s studying a Bachelor of Fine Arts at The University of Melbourne and she says the scholarships take the stress out of degree costs.

“There are a lot of expenses with my degree. They just assume we have the money to buy all of the supplies. With the scholarship money, I didn’t have to stress. Without it I couldn’t purchase what I needed, and it would have really impacted my education.”

Caitlyn describes the impact Kids Under Cover has had on her life.

“I would say it has made everything 50 times easier. It has made my life slightly more normal. Without the studio and scholarships, it would have been so much harder. Overall, everyone is happier.” 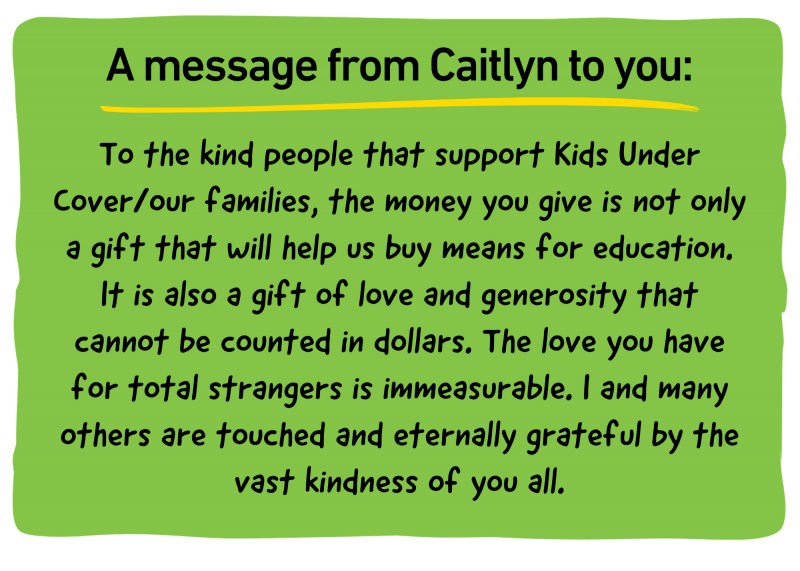 + studios on the ground

learn more about ways you can help